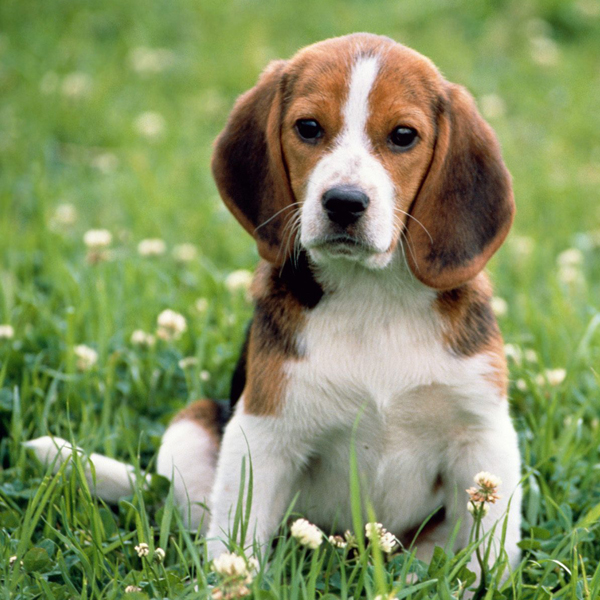 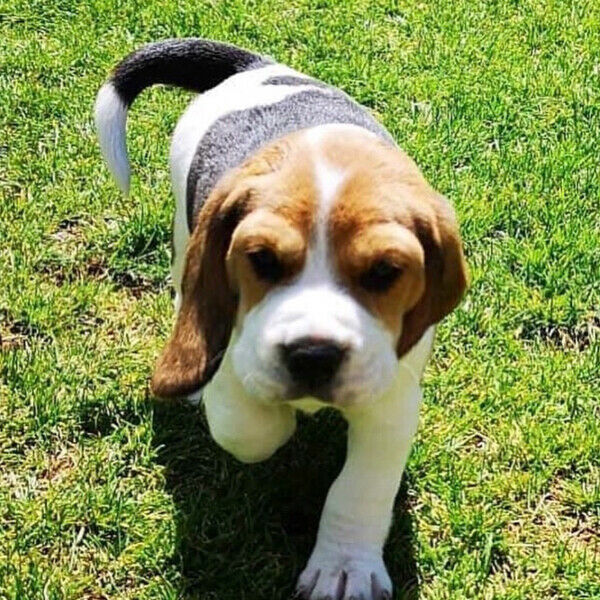 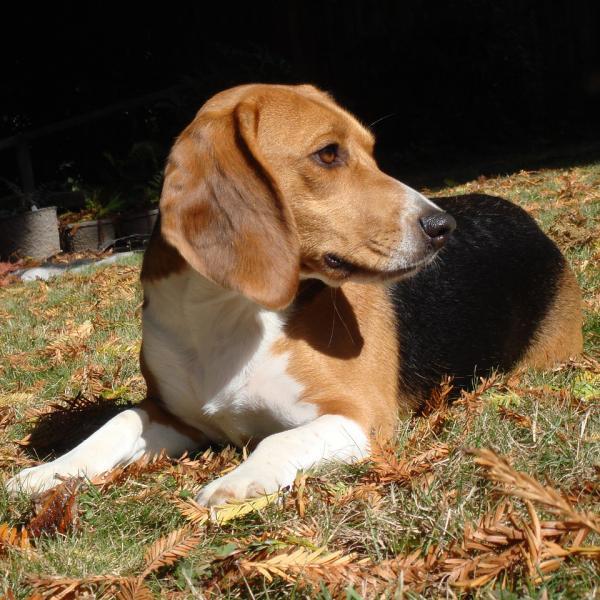 The beagle has an even temper and gentle disposition. Described in several breed standards as "merry", they are amiable and typically neither aggressive nor timid, although this depends on the individual. They enjoy company, and although they may initially be standoffish with strangers, they are easily won over. They make poor guard dogs for this reason, although their tendency to bark or howl when confronted with the unfamiliar makes them good watch dogs. In a 1985 study conducted by Ben and Lynette Hart, the beagle was given the highest excitability rating, along with the Yorkshire Terrier, Cairn Terrier, Miniature Schnauzer, West Highland White Terrier, and Fox Terrier.

Beagles are intelligent but, as a result of being bred for the long chase, are single-minded and determined, which can make them hard to train. They can be difficult to recall once they have picked up a scent, and are easily distracted by smells around them. They do not generally feature in obedience trials; while they are alert, respond well to food-reward training, and are eager to please, they are easily bored or distracted. They are ranked 72nd in Stanley Coren's The Intelligence of Dogs, as Coren places them among the group with the lowest degree of working/obedience intelligence. Coren's scale, however, does not assess understanding, independence, or creativity.

Beagles are excellent with children and this is one of the reasons they have become popular family pets, but they are pack animals, and are prone to separation anxiety, a condition which causes them to destroy things when left unattended. Not all beagles will howl, but most will bark when confronted with strange situations, and some will bay (also referred to as "speaking", "giving tongue", or "opening") when they catch the scent of potential quarry.[45] They also generally get along well with other dogs. They are not too demanding with regard to exercise; their inbred stamina means they do not easily tire when exercised, but they also do not need to be worked to exhaustion before they will rest. Regular exercise helps ward off the weight gain to which the breed is prone.

Beagles may be prone to epilepsy, but this can often be controlled with medication. Hypothyroidism and a number of types of dwarfism occur in beagles. Two conditions in particular are unique to the breed: "Funny Puppy", in which the puppy is slow to develop and eventually develops weak legs, a crooked back and although normally healthy, is prone to a range of illnesses; Hip dysplasia, common in Harriers and in some larger breeds, is rarely considered a problem in beagles. Beagles are considered a chondrodystrophic breed, meaning that they are prone to types of disk diseases.

In rare cases, beagles may develop immune mediated polygenic arthritis (where the immune system attacks the joints) even at a young age. The symptoms can sometimes be relieved by steroid treatments. Another rare disease in the breed is neonatal cerebellar cortical degeneration. Affected puppies are slow, have lower co-ordination, fall more often and don't have a normal gait. It has an estimated carrier rate of 5% and affected rate of 0.1%. A genetic test is available.

Their long floppy ears can mean that the inner ear does not receive a substantial air flow or that moist air becomes trapped, and this can lead to ear infections. Beagles may also be affected by a range of eye problems; two common ophthalmic conditions in beagles are glaucoma and corneal dystrophy. "Cherry eye", a prolapse of the gland of the third eyelid, and distichiasis, a condition in which eyelashes grow into the eye causing irritation, sometimes exist; both these conditions can be corrected with surgery. They can suffer from several types of retinal atrophy. Failure of the nasolacrimal drainage system can cause dry eye or leakage of tears onto the face.