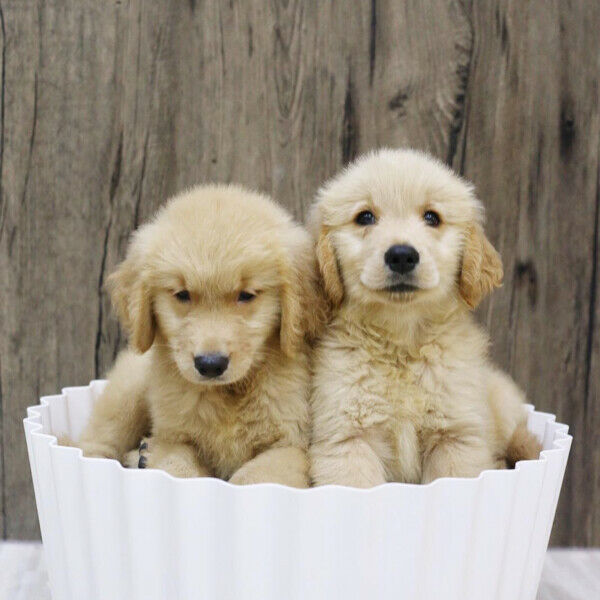 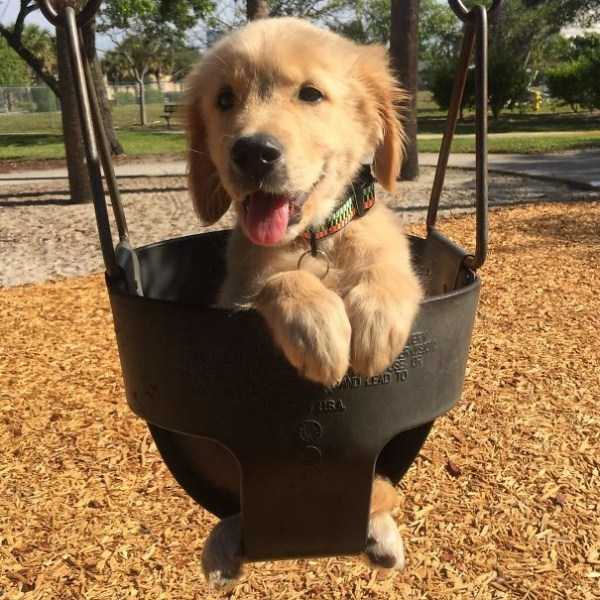 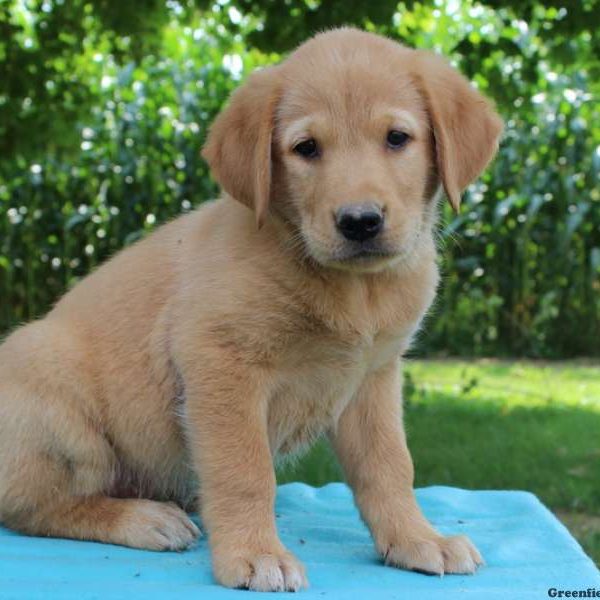 The temperament of the Golden Retriever is a hallmark of the breed, and is described in the standard as "kindly, friendly and confident". Golden Retrievers make good family pets, particularly as they are patient with children.They are not "one-man dogs" and are generally equally amiable with both strangers and those familiar to them. Their trusting, gentle disposition makes them a poor guard dog. Any form of unprovoked aggression or hostility towards either people, dogs or other animals, whether in the show ring or community, is considered unacceptable in a Golden Retriever and is not in keeping with the character of the breed, nor should a Golden Retriever be unduly timid or nervous. The typical Golden Retriever is calm, naturally intelligent and biddable, and with an exceptional eagerness to please.

Golden Retrievers are also noted for their intelligence. The breed ranks fourth in Stanley Coren's The Intelligence of Dogs – following the Border Collie, Poodle, and German Shepherd – as one of the brightest dogs ranked by obedience-command trainability. Typical Golden Retrievers are active and fun-loving animals with the exceptionally patient demeanour befitting a dog bred to sit quietly for hours in a hunting blind. Adult Goldens love to work, and have a keen ability to focus on a given task. They will work until they collapse, so care should be taken to avoid overworking them.

The average lifespan for a Golden Retriever is about 11 to 12 years. They are susceptible to specific ailments, so should be taken to a veterinarian for yearly checkups.

Golden Retrievers are known to have genetic disorders and other diseases. Hip dysplasia is common in the breed; when buying a puppy, the pedigree should be known and be examined by the OFA or by PennHIP for hip disease. Obesity is also common in the breed because Golden Retrievers love to eat. Puppies should eat about three cups of food a day and adults three to five cups, depending on the food and how active the dog is.