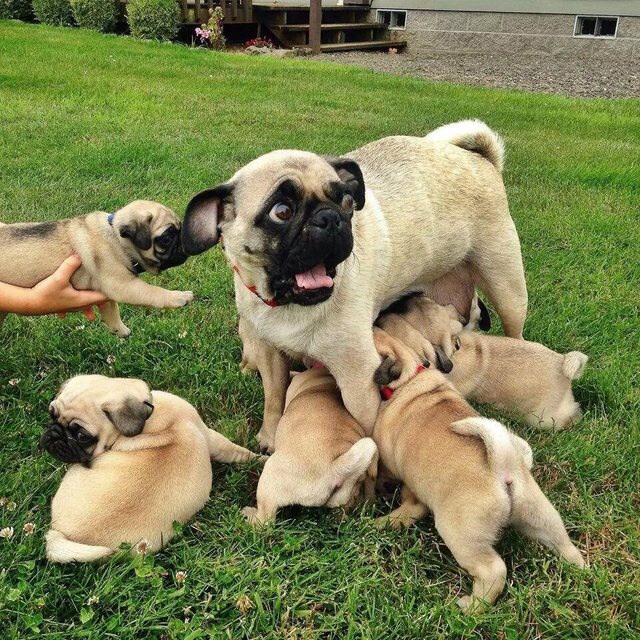 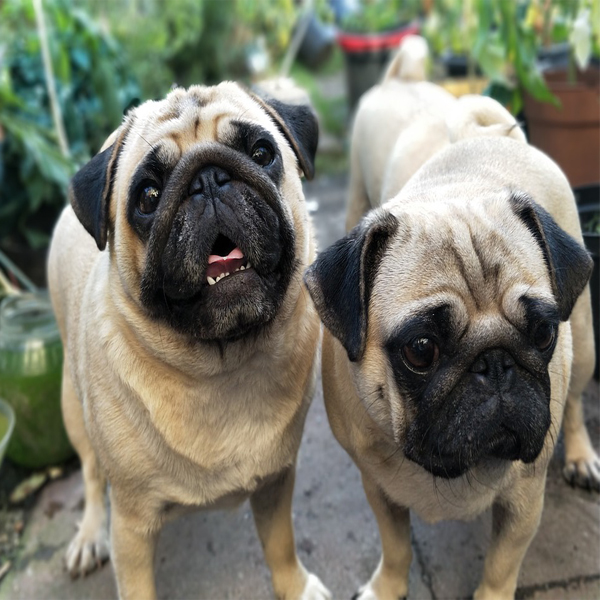 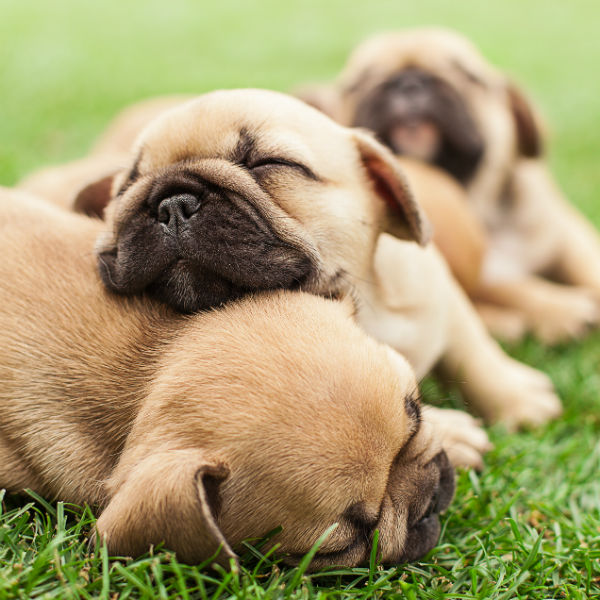 The breed is often described by the Latin phrase multum in parvo, or "much in little" or "a lot of dog in a small space", alluding to the Pug's remarkable and charming personality, despite its small size. Pugs are strong willed but rarely aggressive, and are suitable for families with children. The majority of the breed is very fond of children and sturdy enough to properly play with them. Depending on their owner's mood, they can be quiet and docile but also vivacious and teasing.

Pugs tend to be intuitive and sensitive to the moods of their owners and are usually eager to please them. Pugs tend to have a somewhat lazy nature and spend a lot of time napping. They are often called "shadows" because they follow their owners around and like to stay close to the action, craving attention and affection from their owners.

Since Pugs lack longer snouts and prominent skeletal brow ridges, they are susceptible to eye injuries such as proptosis, scratched corneas, and painful entropion. They also have compact breathing passageways, leaving many prone to breathing difficulties or unable to efficiently regulate their temperature through evaporation from the tongue by panting. A Pug's normal body temperature is between 101 °F (38 °C) and 102 °F (39 °C). If this temperature rises to 105 °F (41 °C), oxygen demand is greatly increased and immediate cooling is required. If body temperature reaches 108 °F (42 °C), organ failure can occur. Their breathing problems can be worsened by the stresses of travelling in air cargo, which may involve high temperatures. Following the deaths of Pugs and other brachycephalic breeds, several airlines either banned their transport in cargo or enacted seasonal restrictions.

Pugs that live a mostly sedentary life can be prone to obesity, though this is avoidable with regular exercise and a healthy diet. The median life span of Pugs is 11 years, which is in line with other breeds of the same size.