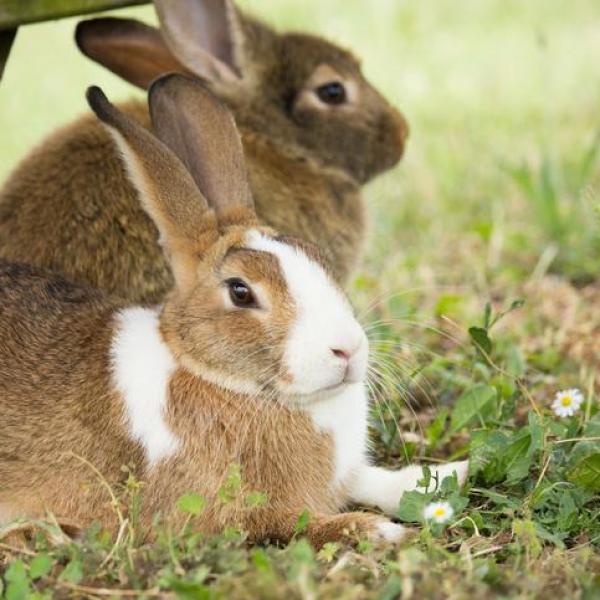 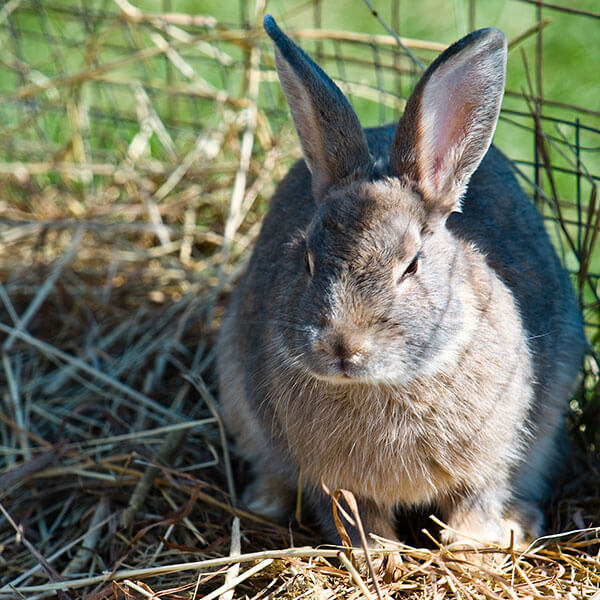 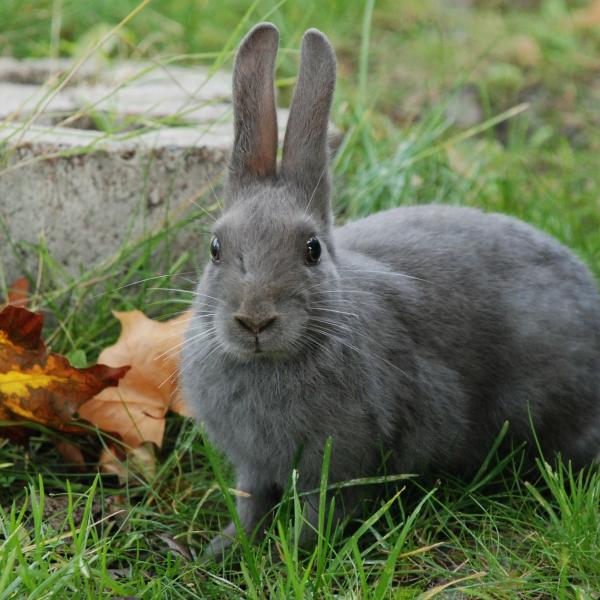 Rabbits are herbivores that feed by grazing on grass, forbs, and leafy weeds. In consequence, their diet contains large amounts of cellulose, which is hard to digest. Rabbits solve this problem via a form of hindgut fermentation. They pass two distinct types of feces: hard droppings and soft black viscous pellets, the latter of which are known as caecotrophs and are immediately eaten (a behaviour known as coprophagy). Rabbits reingest their own droppings (rather than chewing the cud as do cows and numerous other herbivores) to digest their food further and extract sufficient nutrients.

Rabbits graze heavily and rapidly for roughly the first half-hour of a grazing period (usually in the late afternoon), followed by about half an hour of more selective feeding. In this time, the rabbit will also excrete many hard fecal pellets, being waste pellets that will not be reingested. If the environment is relatively non-threatening, the rabbit will remain outdoors for many hours, grazing at intervals. While out of the burrow, the rabbit will occasionally reingest its soft, partially digested pellets; this is rarely observed, since the pellets are reingested as they are produced.

There are some common diseases and problems seen in rabbits that can be prevented by ensuring you have an understanding of what a healthy rabbit requires and the subtle signs that can tell you your rabbit is unwell. Rabbits are wonderful domesticated pets, but it should be remembered that they are very closely related to wild rabbits, and as such will hide signs of illness until they are very unwell, as this would make them "easy prey" in nature. We encourage close observations of your pet rabbit, a correct diet, up to date vaccinations and regular health checks to ensure you pick up the early signs of problems, and prevent diseases developing.