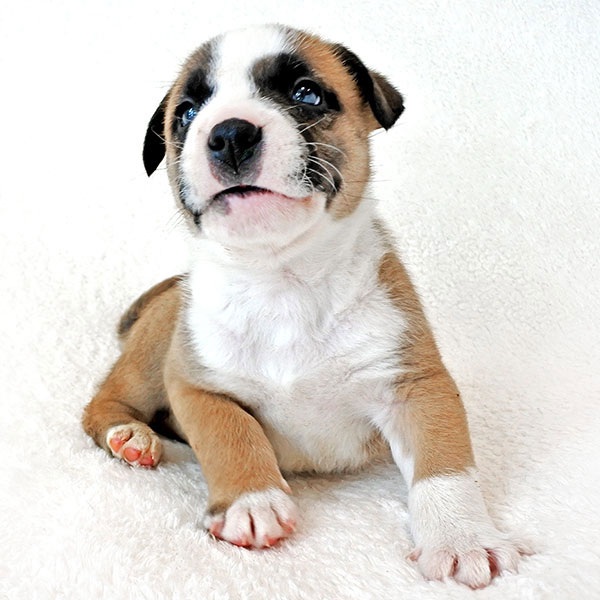 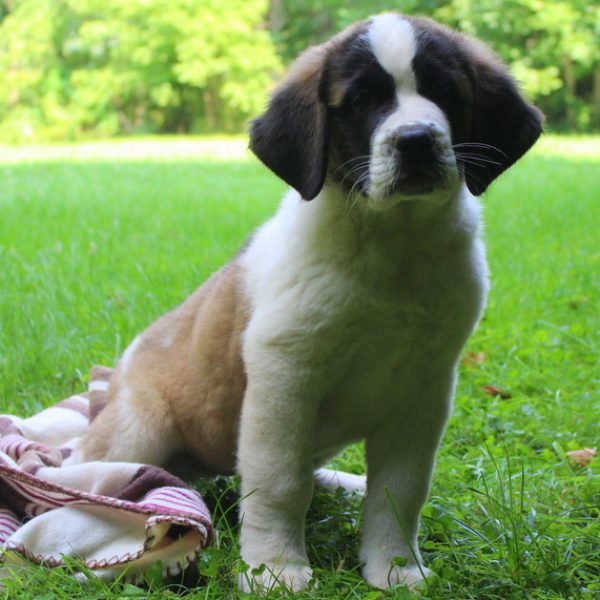 The Saint Bernard is calm, patient and sweet with adults, and especially children. However St. Bernards, like all very large dogs, must be well socialized with people and other dogs in order to prevent fearfulness and any possible aggression or territoriality. The biggest threat to small children is being knocked over by this breed's larger size. Overall they are a sweet, gentle, calm, loyal and affectionate breed, and if socialized are very friendly. Because of its large adult size, it is essential that proper training and socialization begin while the St. Bernard is still a puppy, so as to avoid the difficulties that normally accompany training large dogs. An unruly St. Bernard may present problems for even a strong adult, so control needs to be asserted from the beginning of the dog's training. While generally not instinctively protective, a St. Bernard may bark at strangers, and their size makes them good deterrents against possible intruders.

The Saint Bernard was bred to be a working companion and to this day the St.Bernard lives to please its master and is an amiable yet hard worker. St.Bernards have retained their natural ability for scent work and depending on the skill of the trainer and the talents of the dog, St. Bernards can participate in tracking events or even become involved in search and rescue work.

The very fast growth rate and the weight of a St. Bernard can lead to very serious deterioration of the bones if the dog does not get proper food and exercise. Many dogs are genetically affected by hip dysplasia or elbow dysplasia. Osteosarcoma (bone cancer) has been shown to be hereditary in the breed. They are susceptible to eye disorders called entropion and ectropion, in which the eyelid turns in or out. The breed standard indicates that this is a major fault. The breed is also susceptible to epilepsy and seizures, a heart disease called dilated cardiomyopathy, and eczema.

A study of genetically related polyneuropathy in the breed was conducted.